If you’ve ever been to a Walt Disney park to see a light show, parade or a festival, you know they generally do it right. It’s mesmerizing. In fact, recently on a trip to Disney we saw a light show of animation and colorful video displayed right on the side of the Disney Castle. Add some amazing music and blasts of fireworks – you’re bound to leave satisfied and with a smile on your face. But now it seems Walt Disney Company’s inventors want to step up their game a bit. Enter the Walt Disney Drones.

In layman’s terms – send a drone up and make it do cool stuff.

Here is how Disney explains the plan:

With these recent patent applications, Walt Disney Imagineering is creating a plan for night-time entertainment to take place over lagoons (which are specifically mentioned in the applications), although the technology can be applied virtually anywhere. 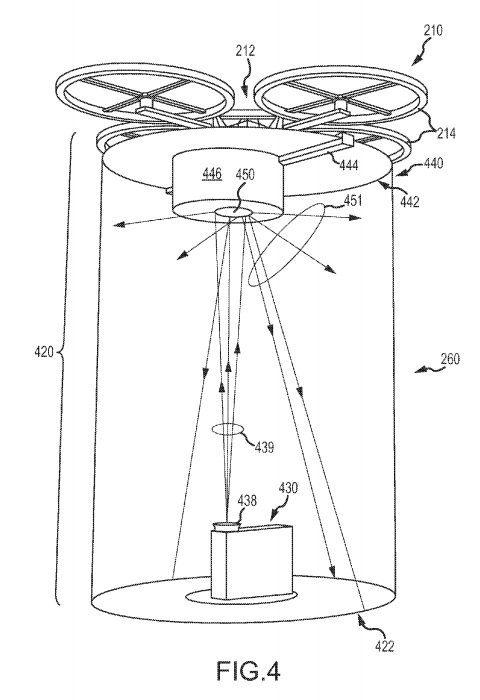 Current entertainment can be limiting

As we mentioned, ‘Fantasmic!’ at Disneyland and Disney’s Hollywood Studios as well as Disney California Adventure’s ‘World of Color’ all use fountains to project virtual screens upon which images are projected. That’s great to watch, but as the producers of the show, it can be limiting. You can only project light so far. And you can’t update the production quickly. And with fireworks, comes inconsistencies without razor-sharp results.

So what Disney wants to do is used ‘flixels’ or floating pixels. They want to have an army of unmanned aerial vehicles (UAVs) to each carry what they mention above or even a projection screen or light diffuser. They could be set to autonomously work together to create a flowing, complete, razor sharp production that needs the push of a button to roll out.

Other patents filed for the Disney drones

In other patent applications, Disney points to items like this massive Jack Skellington puppet. Disney seems to believe with a few drones, you can make jumbo marionette puppets that streak through the park. We don’t know if that’s pure amazing, or downright terrifying. Imagine walking through the park on Halloween and seeing this thing screaming at you 20-times the size of a human. 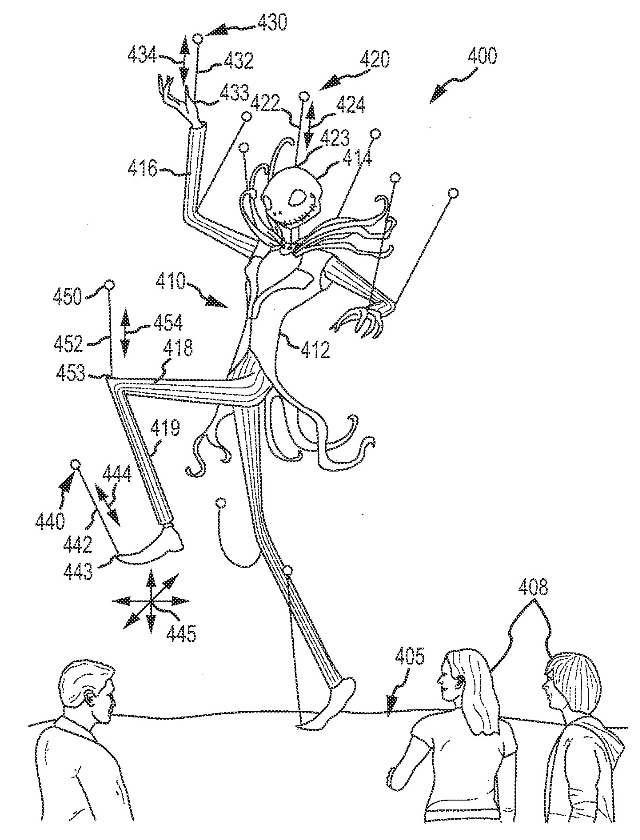 But really, the opportunities with drones are endless. Bravo to Disney for taking the next steps and grabbing onto the drone niche while it’s hot.

Patents published by the Imagineering team

Here are the three published applications:

What do you think of this story? Think Disney is on to something? We’d love to hear your thoughts. Leave a comment below.