The following is a guest post from Industrial SkyWorks, Inc.

Building inspections for large and complex structures can at times be tough, expensive, and risky. Unlike the older buildings that were basic and simple, most of the new developments have unique and complex designs. But regardless of the shape, complexity, or size, the developers and owners must comply with the building codes and regulations. But there’s a new way in drone-based building inspections.

Authorities require that all structures adhere to the laid down standards that ensure safety for the occupants and people near the building. It is a requirement to carry out regular or adhoc building inspections to ensure integrity and compliance with the regulations. Other than the owner and prospective buyers, the insurance companies, financing firms, and banks, as well as maintenance teams, will often require knowing the state of the building. 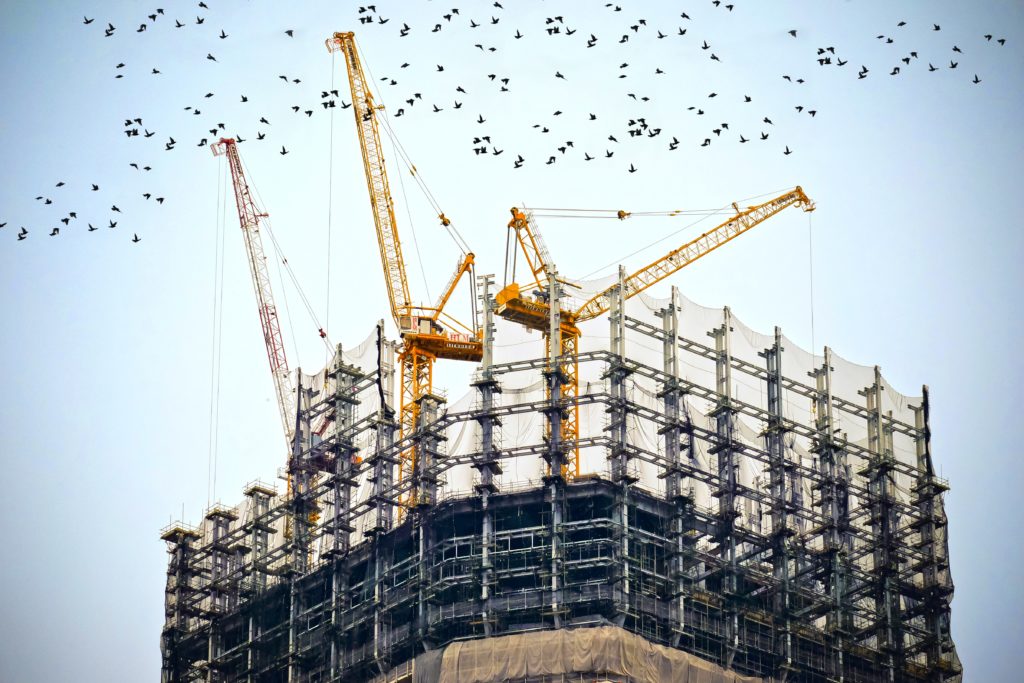 Until recently, most people relied on the traditional, manual and time-consuming methods that often require a qualified building inspector to personally do the tests in the field. The exercise is usually risky, requiring heavy equipment to climb and access the rooftops. This requires heavy investments in terms of labor, equipment and time. But there are now modern, safer and efficient technologies, such as drones, that are slowly replacing the old methods, even though not completely.

Traditional building inspections are quite risky – from collapsing roofs and insect bites to falling off ladders and scaffolding equipment. This can happen due to malfunction, incorrect mounting or assembly. However, new technologies that rely on unmanned aerial vehicles or drones have greatly made the inspections easier, safer, faster and less costly.

The drones minimize or eliminate most the risks such as the falls, collapsing roofs under the inspector’s feet, and much more. In addition, sending a drone to perform inspections before climbing will also help to identify the defects. It also provides indications of faulty roofs so that the inspector will be more careful, in case there is still need to go up the building.

The following benefits of using drones are what I wish I knew a year ago about building inspections.

Drone roof inspections eliminates most of the risks associated with conventional building inspection methods. The risks arise due to the nature and design of the buildings. Complex designs, great heights, deteriorated roofs, and structures as well as hard to access areas can pose several risks to the workers, occupants of a building and those people around it.

Collecting the data without putting the lives of the workers at risk is one of the major benefits of using the drones to inspect a wide range of properties.

The drones can access almost any part of the building, and collect more useful information using its high-quality image, video, and thermal cameras. Even though there is still a requirement for the human expertise, a drone-based building inspection is faster, more efficient and accurate.

Modern building inspection technologies allow people to get more details about the structures. By accessing the difficult to reach and tight spaces, the drones can capture more information that an inspector would not have managed using the conventional means. In addition, the drone can be used repeatedly, taking the photo or video from the same location over and over. This is helpful if you want to compare the before and after images once a repair is complete.

The drones have inbuilt GPS systems that make it possible to take shots of a location from the exact location at every visit, even if it is after a month or longer period. This means that the drone camera can be able to capture images and videos from the same elevations and angles that are impossible with the manual inspection by a human.

The new technologies help you to get the job done faster

A lot of preparation goes into planning and executing a traditional building inspection. It, therefore, takes more time and workers to plan and complete one inspection. In addition, the different data collected using the various means must be combined and analyzed to produce a report. With new technologies, such as drones, it requires only a short time to carry out an inspection once a client makes the request. Since it does not require mounting the climbing and access equipment, the drone- based inspection starts off immediately the team gets to the site. In addition, it performs the examination within a fraction of the time it would take using the conventional methods.

The drones can then transmit the data to the inspection team on the ground or through the Cloud – allowing them to analyze the data and generate reports faster without putting anyone at risk. Using drone inspections software such as BlueVu, will make the process even easier.

The drone services can help in reducing the inspection costs significantly. There is no need to acquire and transport costly scaffolding, lifts, ladders and other climbing equipment and gear. In addition, it does not require as many people, hence cutting down on the equipment and labor costs.

Drones can reduce the insurance costs

Due to the risks associated with traditional building inspections, the workers and sometimes the equipment and structure are insured against accidents and damages. And since many workers are required, the insurance costs can be high, thus reducing the revenue. The drones reduce the need to pay insure the workers and equipment since there are fewer if any risks.

A drone eliminates the need to follow the numerous regulations on health and safety. These requirements are often required when sending a human worker to perform the structural examinations or roof inspections on a block of flats or similar buildings.

The sites must be checked for any safety issues, which may arise due to height and other potential dangers. To perform such inspections, the regulation requires a check on the workers to confirm that they are in good health. This is also done for insurance purposes. However, the drones eliminate the need for the tests as well as insurance for the workers.