The recent release of Part 107 rules for commercial UAS operators has bred significant confusion among potential drone business owners/operators. For some, the world of FAA knowledge testing is unfamiliar territory and questions abound. Do I qualify to take the test? How will it help me sell my aerial video? How do I study for the test? Am I to expect something similar to the SATs or Bar Exam? Where can I take the test? What happens if I fail the test? If I pass the test, what can I do with my new certificate?

The following three tips will answer all your Part 107 knowledge test questions, as well as provide some helpful information on how to remain compliant and operate a successful UAS business and help you if you plan to sell you aerial video or your drone services. 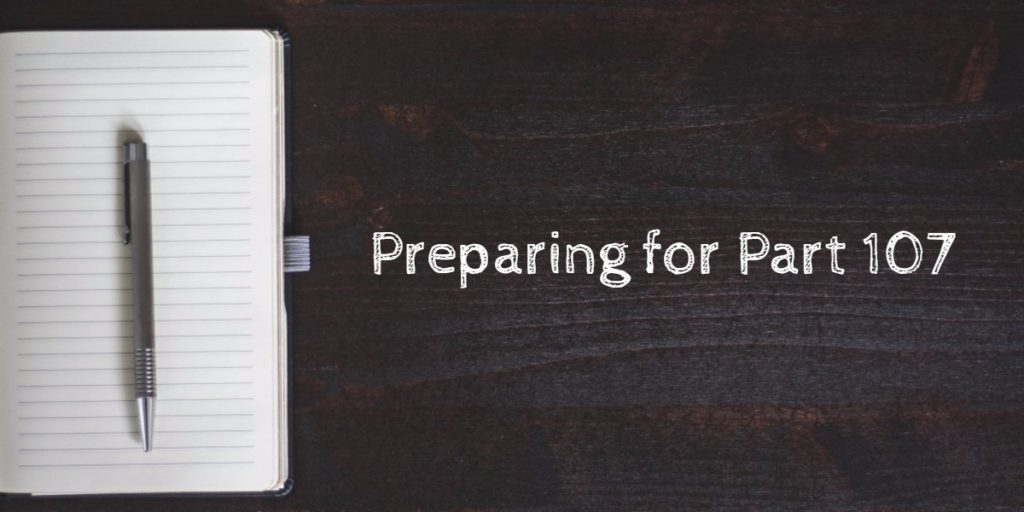 The good news is that from the time of this article being written, you have at least two months at the very least to study for and prepare for the Part 107 knowledge test. In that, Part 107 is not officially a regulation yet. Rather, Part 107 is currently undergoing a 60-day regulatory comment period and at the earliest, won’t go into effect until August 29, 2016.

There are three qualifying requirements you must satisfy prior to taking the Part 107 knowledge test and becoming a “drone pilot.” First, you must be at least 16 years of age. So, all you 15-year-olds out there, hang on; you’re so close!

Second, you must be able to read, speak, write, and understand English. This requirement is somewhat in the eye of the beholder; however, if you get to the testing site and can’t read the questions, you may have a problem. If you are reading this article and are understanding it, you are probably in the clear.

Third, you must be in such a physical and mental condition to safely operate a small UAS in the National Airspace System. This qualification is a bit ambiguous and again is in the eye of the beholder. Luckily, the FAA is not requiring you to go get a medical examination, so it is somewhat of a “your word versus the FAA’s” situation.

However, be careful because if you violate the Federal Aviation Regulations (“FARs”) as a result of a physical or mental impairment, the FAA could very easily bring an enforcement action or civil penalty against you or your company.

If you have met all of these qualifications, you are ready to begin thinking about the Part 107 knowledge test.

Where do I take the test?

The first order of business is to consider where you are going to take the test. If you are already a manned aircraft certificate holder, you will not have to take the Part 107 knowledge test at a testing center; rather, you will get to take a test online (more to follow on that test at a later date).

However, if you are a first time pilot, you will have to visit your local testing site (likely at an airport and there are 696 testing sites around the world) to take the knowledge test. From what is being told to those that call and inquire, PSI/Laser Grade and CATS (the test proctors) will not be scheduling appointments until around August 1.

You can try sending an e-mail to CATS at pre-registration@catstest.com and hopefully they will e-mail you when the registration period opens.

How should I study for the test?

After you consider where you will take the test, begin studying for the test itself. In a few years, King Schools, Gleim, and all the rest will probably have a cool online course which walks you through the regulations in a step-by-step fashion. However, because Part 107 is so new, you have to study for the test the old fashioned way. Nonetheless, there are three easy ways to study for the test.

First, read the 3 paged Part 107 summary put out by the FAA. This document will give you the “Reader’s Digest” version of the regulations and will help put everything into perspective. Second, download and study the latest version of the Part 107 regulation starting around page 590.

The regulations will likely be the meat of the test, so if you know the regulations, you will know the test. Third, go to the FAA website and take the test that has been developed for manned pilots. This test is called “ALC-451.” While it might be different, “ALC-451” will give you a great perspective on how the FAA will be testing first time pilots.

The most important thing to remember about the Part 107 knowledge test is to not overthink it.

Granted, that task is easier said than done. However, this isn’t like the SATs where your grade will haunt you for the rest of your life. No, instead, this is a test which can be taken over and over again until you pass it. With some study and solid understanding of the regulations, you will be ready to sit down, crack your knuckles, and pass the test! You’ll be on your way to promoting your business and selling your aerial video in not time.

2. Separate Yourself From The Market

When Part 107 goes online, everyone and their mother will have the opportunity to start a drone business. The small drone market will likely become saturated, fast. Granted, many of these operators will soon realize that owning a drone business isn’t a “get rich quick scheme.” Rather it takes hard work and persistence to create a successful drone business.

Be that as it may, you may consider trying to separate your business from the rest of the market. You can do this by petitioning for and receiving a waiver from Part 107 operations. The FAA is developing a waiver program, similar to the “old” Section 333 exemption process, in which you can waive around certain Part 107 restrictions. Such deviations from Part 107 operations could potentially allow you to operate from a moving vehicles, boat, or aircraft, operate during the night, operating outside the visual line of sight, operate without a visual observer, operate several drones a once, operate higher than 400 feet, to name a few.

The waiver program is not yet fully developed; however, the FAA has indicated that this will be a much faster program than the “old” Section 333 petition process. So, if you are developing a business plan, discuss with your aviation attorney as to how you can operate outside the scope of 107 and set yourself apart from “the pack.”

Operating your UAS under Part 107 is a privilege, not a right. As such, your pilot certificate could be taken from you just as quickly as it is given to you. Beyond that, the FAA has the power to issue civil penalties against your certificate/company for violations. If you employ some safeguards for your company, however, you can thwart a potential certificate revocation and/or fines.

One tip would be to have as many manuals, checklists, and company protocols as possible. If your company has a manual/checklist in place for every stage of flight, you can cut down significantly on your risk of a FAR violation. The more manuals you have, the better.

Make sure that your manuals/checklists are compliant with Part 107 and written with an eye toward avoiding civil liability. If you find yourself in a situation where you have violated a regulation, consider filing an Aviation Safety Reporting System report (“NASA report”).

This system acts as an affirmative defense and can potentially give you immunity from a FAR violation. For a pilot to receive immunity under NASA report system, the pilot’s action(s) must be both inadvertent and not deliberate and not grossly negligent and recklessness. Remember you have to file your NASA report within 10 days of the incident.

If you have any questions about safe operations under Part 107, consult with an aviation attorney. Fly safe and enjoy the friendly skies!