Drone graffiti artist KATSU has decided to use drone technology as part of an anti-Trump protest against the new American President.

Back in 2015, graffiti artist KATSU made headlines by vandalising a giant Calvin Klein billboard in New York City. The victim in that particular piece of drone creativity was Kendall Jenner’s face. Now the same artist is back and the target is Donald Trump. Take a look at the anti-Trump drone graffiti, skillfully performed with a drone in the video below.

Admittedly, the message isn’t the most philosophical or eloquent – but hey, that’s politics! What this does show is that drone technology is becoming increasingly more mainstream and, importantly, more accessible to the wider public.

“I really want to look into the way that a person and a drone could connect. I thought, ‘I could go out into the city and spray paint using a drone wherever I wanted to, in basically unreachable spots and in unusable areas.'” – Graffiti artist, Katsu

Can drones and drone graffiti be considered art?

On the face of it, something as calculated as a drone should have no place in the creative world. But things aren’t always that simple. A drone is really just another medium for artists to use, even if it has been pre-programmed.

While KATSU’s first piece of drone vandalism was flown by hand, he’s now programmed his drone to fly and spray his messages autonomously. Speaking with Motherboard, the artist was asked how difficult it was to set up. “Not as difficult as stomaching Trump as the president of the United States,” was his reply. So either really difficult or not hard at all, depending on your views. He also said that he wants the technology to be something “a young curious vandal in Idaho could use.”

As the artist did with his first drone in 2015, KATSU has ambitions to release open-source instructions with software and hardware specs to allow the next generation of would-be drone vandals to take to the skies. “Hopefully young vandals will be motivated to create and iterate on the project themselves,” he said.

So could this be the beginning of a drone trend that sees autonomous vehicles used for demonstrations and creative protests? There’s no doubt that the kind of act witnessed in the video below could become increasingly more popular. All the ingredients are there. On the one hand, you have aerial technology that’s growing both more sophisticated and accessible. On the other, you have societies that are growing ever more fragmented – protests and spontaneous drone vandalism could be on the rise!

Moving away from the angry side of creativity, we’ve also seen drones used to create genuine moments of magic. Tech giant Intel broke its own world record last year by flying 500 unmanned aerial vehicles simultaneously, with a spectacular light show that suggests drones could be the future of fireworks.

The video below is what 500 drones flying in sync looks like:

Other intersections of drones and art include a painting experiment underway at McGill University. A team there is developing a quad that could, in theory, one day produce art of a professional standard. Obviously, art is completely subjective, but no one can argue that this little drone’s painting is eerily similar to the famous Grace Kelly portrait it’s attempting to copy: 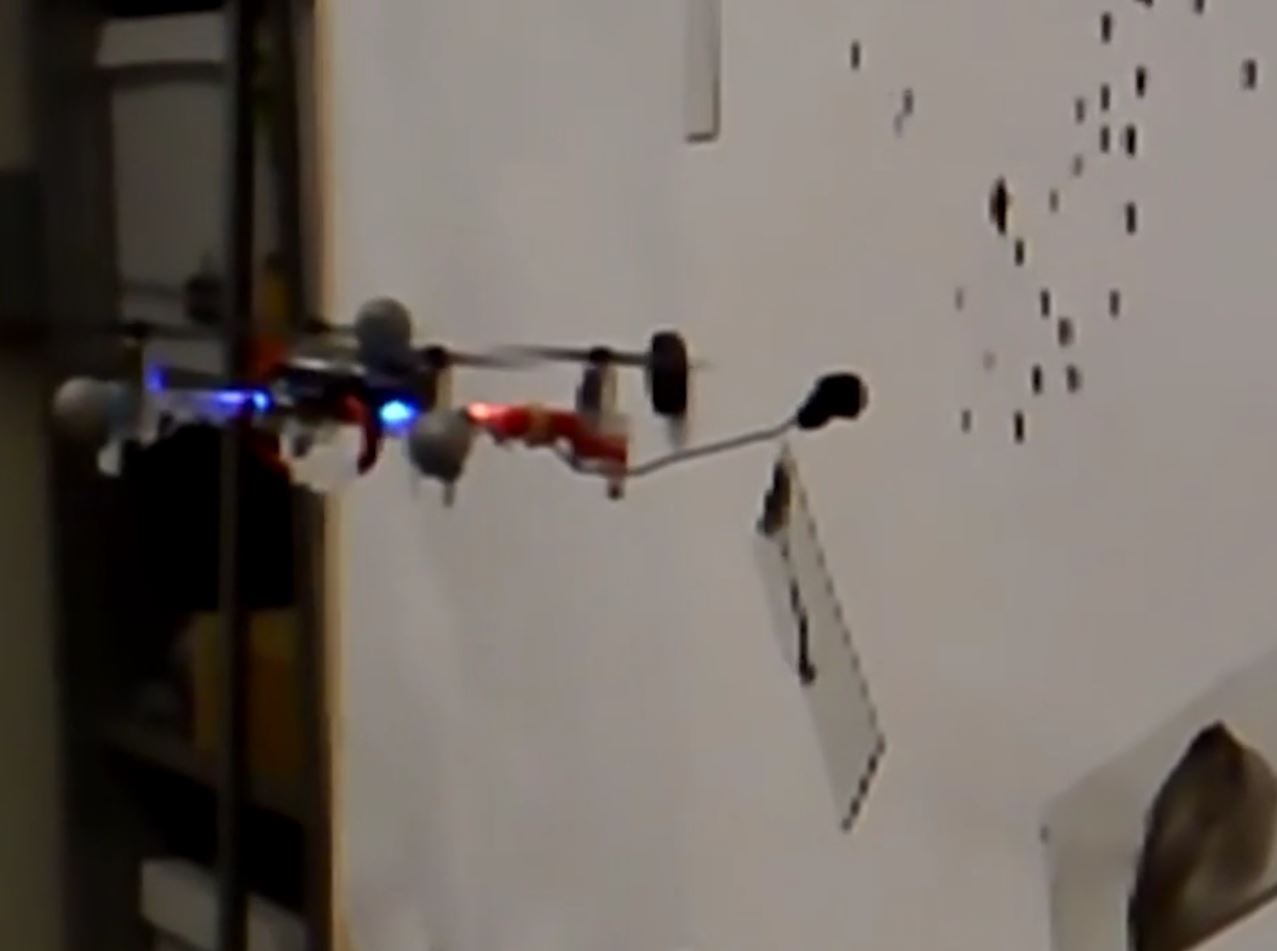 So there you have it: The world of drone creativity may not be so far-fetched after all. From aerial graffiti to spectacular light shows and the painting of masterpieces, there’s a lot more to our propeller friends than meets the eye.