Last week we took a closer look at GoPro’s tangled relationship with the drone industry. Having provided the cameras that many pilots take for granted and rely upon for aerial photography, the company is now banking on the industry it’s helped grow with the impending release of its new Karma drone.

But as you probably know, the exact specifications and capabilities of the Karma remain a complete mystery. In a few months the big reveal will happen, but until then we thought it would be interesting to speculate. Not just about the features that GoPro’s new drone will have, but about what it needs to have in order to compete at the top of the consumer market.

Here are five things that we’re expecting/hoping for…

The big cheeses at GoPro are clearly hoping that by introducing their own branded drone, they’ll be able to appeal to GoPro fans who aren’t necessarily natural-born pilots. The majority of the camera company’s loyal customers will never have flown a drone before.

The key then will be for GoPro to produce a drone that can be easily handled by a total novice, without being too boring, automated or alienating for current drone enthusiasts. Who knows, maybe the huge customer base that GoPro can reach will be big enough for current pilots’ opinions not to matter too much.

One ease of use-related feature that GoPro has teased at is the ability to simply throw the Karma into the air.

From the trailer (above) featuring snowboarder Bobby Brown, we can see that at one point the drone takes off from his hands. Maybe it recognized that the altitude was changing, maybe there’s a simple one-button take off, or maybe it’s just a part of the flight plan.

From a company that specializes in action cams, this is a drone that will need to fly itself if it’s to appeal to the same adventurous market. It will also need to be packed with easily accessible flight features to control the drone while it’s in the air. Maybe this will be done with a small remote control, or even a connected band, watch or wearable of some kind.

Plenty of the aerial photography drones on the market – let alone the adventurous UAVs designed to track and record extreme sports – struggle with battery life. At the top end of the spectrum, you have drones from DJI, Yuneec, and Parrot. DJI’s Phantom 4 can stay up in the air for just under half an hour, Yuneec’s Typhoon H can fly for 25 minutes, and Parrot’s new Disco drone can fly for almost twice as long as that.

To really hold its own at the top, the Karma’s battery life needs to pack a punch. At the very least, it needs to match its competitors.

Crucially the GoPro Karma needs to have accessible, light-weight spare batteries that are easy to carry, relatively cheap, and simple to swap in and out.

Perhaps the only thing missing from direct competitors in the extreme camera market, like AirDog and Staaker, is comprehensive obstacle avoidance technology.

An action cam drone that can be as extreme as the subject it’s following is a great selling point. If the GoPro Karma can hit the shelves with avoidance tech rivalling, or even exceeding DJI and Yuneec, we may be about to see a new runaway industry leader.

It goes without saying that where GoPro choose to place the Karma in terms of price is going to have a huge impact on its success. Too high and they risk alienating newcomers to flying, as well as those who are simply looking for the ultimate action cam accessory. 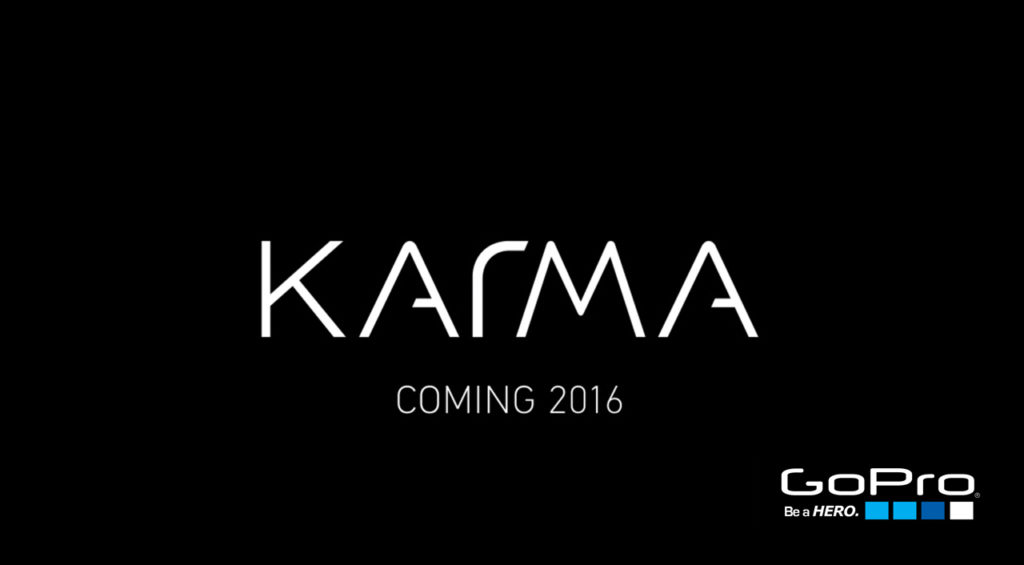 Too low and, obviously, the company won’t make enough money or have enough room to drop prices should things not go to plan. It’s a delicate balance, but with DJI, Yuneec and Parrot all offering top of the range consumer models for around $1,200, there’s room just below that bracket for a major contender.

Will the GoPro Karma have a Wow Factor?

Amid all the rumors and speculation there’s been the constant assumption that GoPro is up to something special. After delaying the intended release for six months, the natural expectation is that the company wanted extra time to make as big an impact as possible. So what can we expect in terms of special features?

Well, one rumor that actually has solid foundations is that the GoPro Karma will be able to record 360-degree footage. The newly released GoPro Omni is a 360-degree camera which gives the user a semi-VR experience when looking back. If GoPro can harness a similar spherical array, live 360-degree VR would certainly be a feature to make the GoPro Karma stand out from the crowd.

I’ll be interesting to watch how GoPro announces the new Karma to the masses. More interesting is if can exceed expectations and compete in a space it has been absent from for years.